A 45-minute drive from Gaucin, Ronda is a spectacular town with many attractions.  It’s a great place to drive out to, explore, and have lunch or dinner. 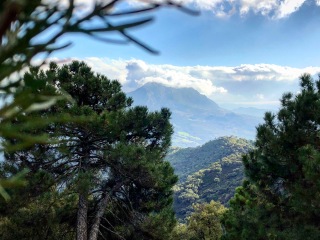 It lies on the breath-taking A369, which threads a winding path through the mountains and a series of white villages that are smaller than Gaucin, but all well worth visiting: Algatocin, Benaluaria, Benaladid and Atajate lie on the A369 itself, and many others can be reached on roads which turn off it. 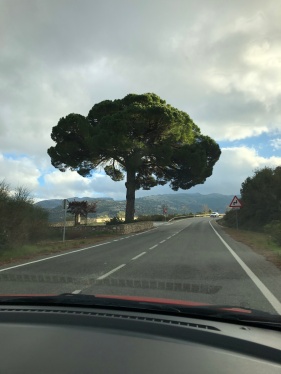 As the road bears right and down hill into Ronda, turn left after Camping El Sur onto the Calle Pila Dona Gaspara, which soon morphs into the Calle Torrejones.  When you reach a roundabout and a grand gate in the town’s walls (the Puerta de Almocabar), turn right and head down Calle Marbella.  This is the A6300, and if you pursue it far enough it takes you back onto the A369 and on to Marbella.  But it also contains a long stretch of free parking spaces.

Park here and walk back up the hill to the Puerta de Almocabar.  You are now in Ronda.  Go on up the hill (Calle Espiritu Santu and Calle Arminan) and take a left up Calle Escalone into the wonderful Plaza Duchesa de Parcent.

Parcent is a very modest town in the province of Alicante.  Having been there a couple of times, I am always tickled that one of the most beautiful squares in all of Spain is named after it.  More specifically, the plaza is named after Trinidad Von Scholtz-Hermensdorff, the second duchess of Parcent, who was born in Malaga, and went on to become one of the first women members of the Spanish Congress, in 1927. 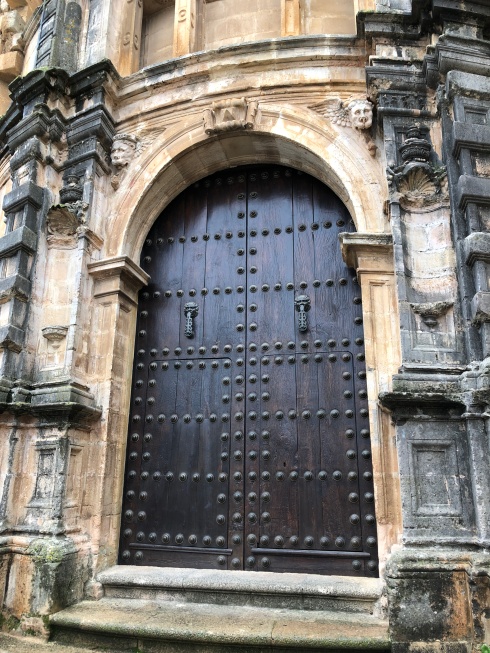 One of the stars of the square is the Iglesia de Santa Maria del Mayor, whose exquisite belltower has been likened to Renaissance meets Toytown.  This church took more than 200 years to build, and is Ronda’s main place of worship, but it is not a cathedral. 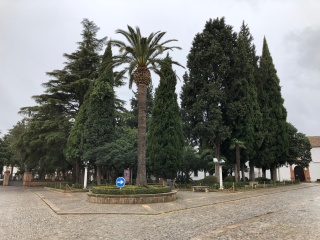 Along a neighbouring side of the square lies a handsome colonaded building which today houses the ayuntamiento, or town council, but was originally a prison.  The centre of the plaza boasts a collection of fine trees providing welcome shade in the summer.

Head back to the Calle Arminan, or better, wind your way parallel to it through the back streets which contain many fine old houses, and after a few minutes you will spill out onto the Puente Nuevo.

This is Ronda’s spectacular set-piece, and it is a full-on Lord of the Rings experience.  The “new bridge” was completed in 1793, and spans a 120-metre drop, which has seen some grisly episodes.  A single-arch bridge that was built before collapsed in 1741, killing 50 people.  During the Civil War, the room above the central arch was used as a torture chamber by both sides, who flung their victims down into the gorge after extracting whatever information (or revenge) they required. 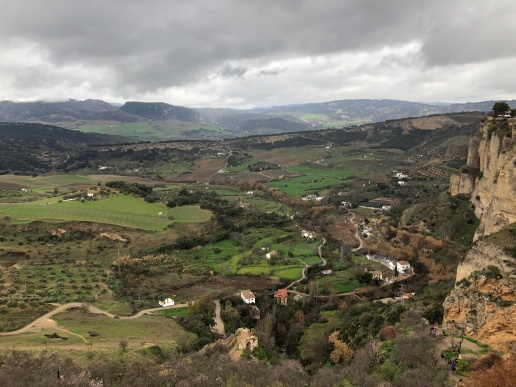 As you walk across the bridge you can give yourself some world-class vertigo by peering over the edges into the film set scenes below.  You can also walk underneath the bridge along the Guadalevin river, and this is definitely worth doing.

Beyond the Puenta Nueva lies the Plaza Espana, flanked by impressive buildings, and surrounded by a rash of restaurants and tourist shops to satisfy the appetites of the hordes of tourists who descend on Ronda in the warmer months.  The most impressive building is the  Parador de Ronda, one of Spain’s chain of luxury hotels that occupy historic buildings – in this case a former town hall.  As well as luxury, this one boasts stupendous views across and down into the gorge. 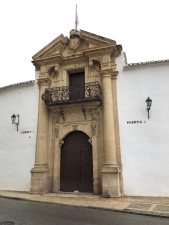 As it crosses the Plaza Espana, Calle Arminan transubstantiates into the Calle Virgen de la Paz, and this takes you to our final stop for today, the Plaza de Toros de Ronda – Ronda’s famous bullring, which is well worth the modest price of admission.

Bullfighting is a controversial business.  For what it’s worth, we think chasing and killing animals for sport is immoral, whether it’s foxes, bulls or grouse, although as part-time carnivores we realise we’re not on strong ground to moralise.  Hopefully the culture in Spain, Portugal and France will accelerate its gradual move away from bullfighting, but for now it is important – and big business: adherents say it contributes €1.6 billion a year to the hard-pressed Spanish economy.

Ronda has a claim to be the birthplace of modern bullfighting.  For centuries, bulls were fought on horseback, but in the mid-nineteenth century, lone matadors on foot began to face the animal with just a short sword and a cape.  A display inside the bullring contrasts the authenticity, severity and aplomb of the Ronda school with the ostentatious displays, swerves and bold stances characteristic of the Seville tradition.  Presumably the bull, weakened by the picadors’ lances, completely fails to appreciate these finer stylistic flourishes.

The stadium is reminiscent of the Colosseum in Rome, but the preparation areas are all above ground, not in catacombs as in Rome.  The stockyards and alleys where the bulls are enraged and channelled are scrupulously clean, but it is not hard to imagine the pain and the horror they have witnessed. 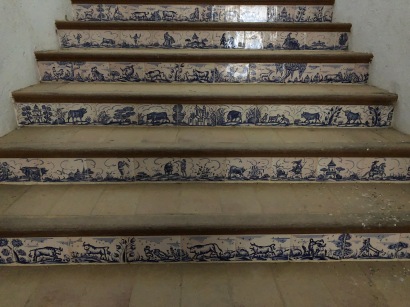 Two families, the Romeros and the Ordonez, have provided Ronda’s most famous bullfighters.  Pedro Romero (1754-1839) killed 5,558 bulls without suffering serious injury himself.

Away from the bullring, the Plaza de Toro contains the Escuela de Equitacion RMR, the oldest riding school in Spain, and the second-oldest in Europe (after the Spanish school in Vienna).  It also houses displays of riding gear, vintage rifles and pistols, and a fascinating exhibition of duelling equipment and accessories.  As is often the case in Spain, the notices by the displays are concise and informative, and the English translations are close to perfect.